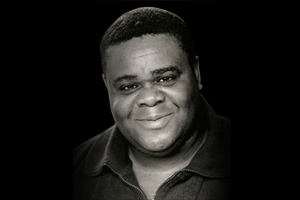 The Year 13 BTEC Performing Arts group was delighted to receive a visit from Olivier Award-winning actor Clive Rowe on Tuesday 14 January 2014. Clive ran an audition workshop for the seven Year 13 students as they prepared for their forthcoming drama-school auditions. Clive worked with each of the students on a one-to-one basis, giving each a thirty-minute tutorial.

Clive touched on basic performance techniques regarding voice and movement, as well as discussing the characterisation and interpretation of the students’ Shakespearean monologues. Through their in-depth discussions with Clive, the students questioned and challenged their preconceptions of the material, in what Mrs Davies-Jones described as a “seminal moment” in both their education and their acting careers.

The sessions enabled the students to gain invaluable perspectives on their futures, and was really helpful in opening their eyes to the options available to them. Clive’s words clearly had an impact, as Raymond Anum (13HDU) reached the third round of auditions for Guildhall School of Music and Drama, one of the most prestigious drama schools in the country.

Clive, a contact from Mrs Davies-Jones’ previous professional career, was seriously impressed with the quality of performance on display from the students, specifically praising the exceptional talent he witnessed during the day.